Poland Syndrome | Getting the right treatment

A signpost to Back Pain on our Poland’s Syndrome Journey 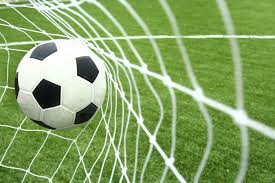 Like most seven year old boys, George is starting to do lots more sports these days and he has all of sudden become football mad, throw in to that some gymnastics, yoga and trampolining and we recently found he was complaining of back pain more and more. Whilst i don’t think I am mean mummy, Florence Nightingale I am not, so I have placated home with a little rest and a hot water bottle for a while. Then all of a sudden, he started hobbling a bit after football and the next few days after, he didn’t want to play for as long at the park or the indoor play centres where i wouldn’t ordinarily see him for hours. I took him to see the GP, it was a trainee doctor we had not seen before, he took a quick look at George and prescribed paracetamol and to come back in 3 weeks if this did not help. I was not particularly happy, he didn’t really take a good look at his movement or pains, so i wasn’t convinced, but glad we could give him something for the pain at least. I waited another two weeks and he was still in pain, the paracetamol was making him moan less, but he still wasn’t walking/running normally. So back we went to the GP surgery, this time to the Nurse practitioner, he was great, he got George to do all sort of movements and exercises whilst he asked George about what hurt and where. He admitted he didn’t know much about Poland’s Syndrome, but the check up had shown some painful and limited movements that needed checking out and he referred us to a physio. He also recommend a week of rest from extra activities. I took George back to school and informed the teacher that he could not play football/do gymnastics/yoga this week and was met with a troubled look and when he came home later he said ‘Miss wasn’t happy i didn’t want to go outside’. I swear his teachers completely disregard his Poland’s Syndrome and how it might affect him, but that’s a whole other story.

We waited a while for the physio appointment but when it finally came, they physio was lovely, the amazing nurse practitioner from my doctors surgery had printed off the Wikipedia page for Poland’s Syndrome and sent it with the referral, which was lovely. The physio said he was pleased to receive this although he already knew about Poland Syndrome, always impressive as this doesn’t happen often. We had a really long discussion about growing pains and in most children of this age he see’s, that’s what the problem is. This is where I was getting mentally prepared to get fobbed off again. He examined George and checked for painful movements, George was messing about a little and not sure he was entirely truthful with his answers, but after he examined him, he talked more about growing pains. I wasn’t happy, I knew it was another time to be George’s voice and stand up for him to make sure we don’t get fobbed off, but as this doesn’t come naturally I have to build myself up. I politely pointed out the people I knew who suffered back related conditions who had Poland’s Syndrome, I made him aware that George has neve 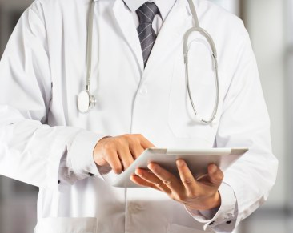 r had his bones x-rayed or examined in any other way than checks done on his hand when he was little. I explained that as his mum, when he starts to complain of pain, this lack of examination and understanding of his bones and limbs in relation to his Poland’s Syndrome becomes worrying and growing pains was not enough of an explanation. He did some further examination and checked the length of his arms and legs to make sure they were equal and he checked his hips and pelvis to make sure they were level. He was reasonably happy that his limbs were all level and there shouldn’t be anything here that is causing the pain, but then want on to say he was glad I had asked for these to be checked as problems can develop at any time while children are growing and because he has Poland’s Syndrome we should keep a close eye on that and get it checked out again if he suffers any further pains. I felt like saying, there, that wasn’t so hard, it only took him 5 extra minutes to check these things out and I now had peace of mind that he had explored as much as he needed to for George. So he gave us some exercises to do when he has the pain and some advice of when the right time to rest is, but most of all, he’s a kid, he’s got to keep moving. So we have a follow up next week, but the pain is occurring a lot less frequently, we’ve knocked gymnastics on the head, and he’s doing more football instead which seems to suit his back more.

I’m glad I pushed them, but still a little sad that we had to, but I will always fight for my boy.