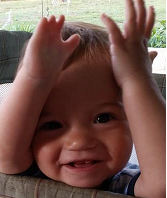 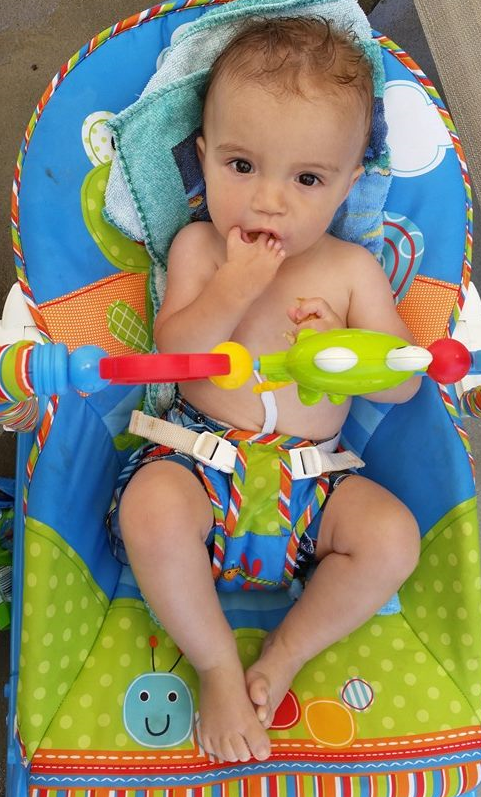 Brody was born with “Poland Sequence”. He is missing ribs on the front side of his chest, missing the pectoralis major and minor muscles, and has a severe deformity of his right hand.

He will not be able to ever use that little hand. All surgeons we’ve seen have told us he wouldn’t get any percentage of usage from surgery on his little hand.

His specialist also told his Mum that Brody’s sternum has shifted sideways and over to the left side, due to him not having the ribs on the right side to anchor the sternum down. This can cause many problems if it continues to move and shift. Brody’s therapist started a new type of therapy called Kinesio taping which was founded in Australia.

I got my new Kinesio taping today for the pectoralis minor muscle, since I’m missing all the muscles this will help me to feel like something is there and encourage me to rely on the right side more and use my right hand as a helper hand more. It looks great! And it doesn’t bother me a bit!

And we saw from this video it had a great impact. Brody’s confidence started to improve encouraging him to stand up. Clearly the therapy was having a positive affect on little Brody.

Kinesio taping is extremely powerful, if over stimulated it can make you feel horrible. Brody’s therapist actually told Brody’s mum that during a conference in Charlotte NC on the taping, they taped her whole right upper side and shoulder and by the end of the day she felt sick and nauseous. So Brody’s family have to be super careful with over taping Brody. They did have his scapula and pectoralis minor taped and realised it was over stimulating him, he was sleeping so long and taking long long naps and was so fussy. When he went about a week with no taping he was back to Brody.

So now they are starting back slowly taping his scapula first. Brody’s right shoulder leans and hangs forward due to not having the muscles there, so taping his scapula has definitely given him the confidence of pulling up and getting down without shaking so badly. The tape pulls and creates tension where those muscles are really supposed to be. It even sends sensory to the brain and helps him to feel like something is there. He has started crawling without using his right arm at all. It is so much shorter than his left arm that they believe it’s just slowing him down trying to use the right arm to crawl. So he does have a very unique way of getting around, but it’s HIS way. And he’s happy with it and so is his mum.